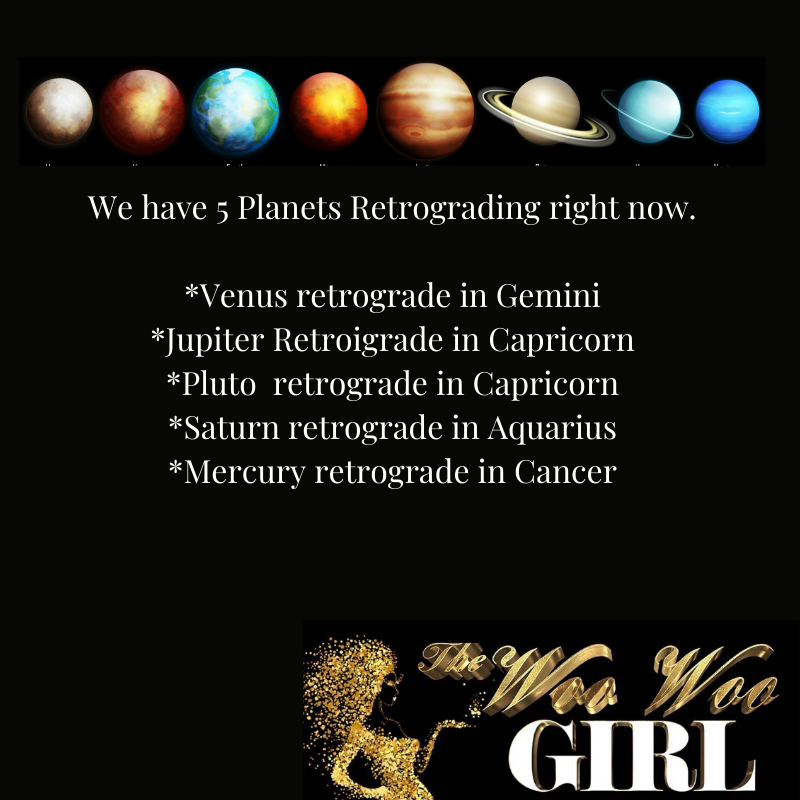 The energy right now in the universe is a bit strange. But first thing’s first: Don’t panic. Retrogrades happen regularly and they come in cycles. Astrologically, retrogrades ask us to review, reassess, and realign the paths that we’re on in those particular areas of our lives — and of course, if we refuse to slow down and do the retrograde work, we’re more likely to run into some snags and roadblocks.

We have have 5 planets retrograding  and here’s what they effect:

*Pluto rules death and rebirth, it governs power itself, including struggles between people and countries.

*Saturn rules agriculture, karma. It is the planet that connects limitations and restrictions.

So when these planets are retrograding… Sleeping they are not doing their jobs which can create chaos. The best thing to do…. get your retrograde candle create a ritual and make peace with what is until it changes. Also think before you react.

1 thought on “What to expect when 5 Planets are retrograding”